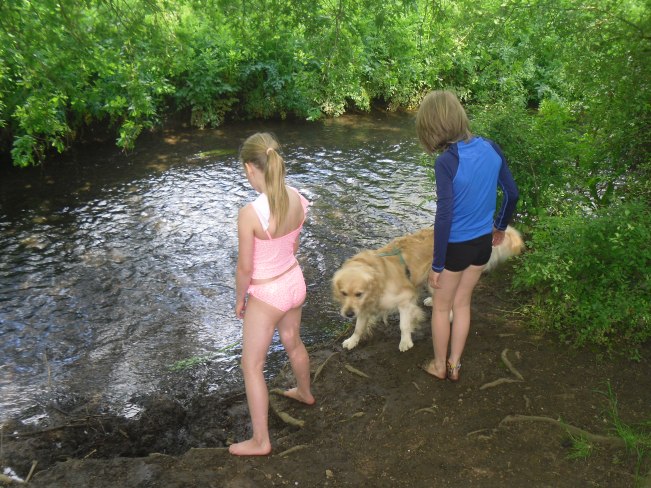 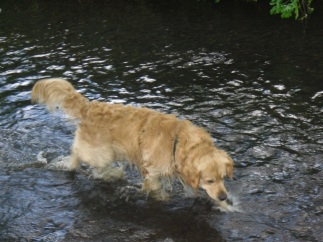 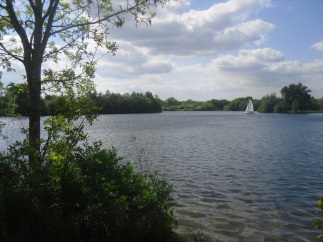 Learning……it’s a bit like a stream…..sort of. The ebbs and flows, the times of constant swirling activity and the times of still, serene waters which to an onlooker may appear as if nothing much is happening. There is an under-current of learning happening all the time however, yet we cannot always see it. Our job as parents, is simply to trust.

On a hot day, a week or so ago, I took Land T to a nearby park. The idea was to walk our dog Legend and play in the park, but they had other ideas! They took off their shoes, rolled up their trousers and got in the stream which ran along the edge of the park. Legend followed, jumping in excitedly, then kept coming over to me to shake dry whilst I tried to enjoy 5 minutes of peace on a nearby bench.

It was futile of course, and I was wet by this point anyway, legend had made quite sure of that. I dutifully ditched my shoes and rolled up my own trousers and slipped down the muddy bank into the freezing water. L and T love me to join in their adventures and so I followed their lead: upstream, under the bridge we had played pooh sticks from earlier, through the shallow and deep. It was fun and I felt brimming with something…….aliveness!

The next morning T awoke excited about the stream. ‘We need to go back today Mum!’ and we did. We went back 4 times in all, until eventually they had explored a huge section of the stream. Towards the end of the fourth visit, they were waist high in freezing water and had to use a fallen tree to lever themselves out.

It was a great adventure to them, and they were learning. I couldn’t be sure what exactly, but years of living alongside them has taught me to have faith. I assumed of course, that the learning was centred on the stream itself. Not because it mattered much what the exact nature of the learning was, if it was important to them it was important to me, but because the world which children inhabit fascinates me.

L got out of the stream first and was shivering, then T got out and declared: ‘Well, we’ve done the stream now Mum, I’ve reached my limit with it’.

As it turned out, they were learning about themselves, their limits. Pretty important stuff I’d say.

3 thoughts on “Ebbs and flows”